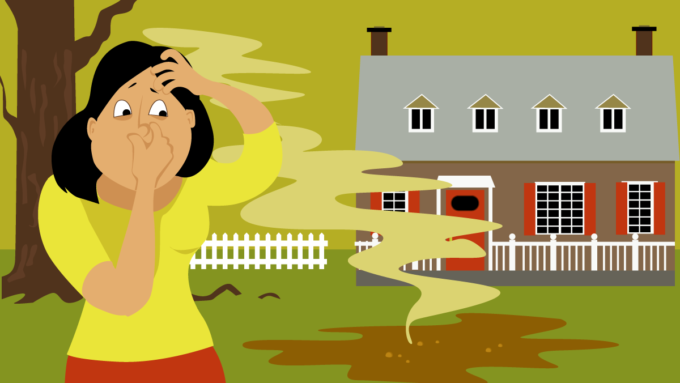 A home sewage line is an often-over-looked aspect of one’s home, but that doesn’t make it any less of a concern. While physical damage to the line is uncommon, a back-up isn’t, and these are rarely covered by your insurance! Since back-ups are often caused by the owner (and a lot of physical damage is preventable), you’ll likely end up paying out of pocket for the damages- which can be a lot if the back-up floods your home and damages everything!

There are only a few things your homeowner’s insurance will cover and those are mostly environmental: Unfortunately, those problems are very unlikely and the more likely causes for a sewage problem are not covered by your insurance:

What You Can Do!

A helpful thing you can do as a homeowner is get a Sewage BackUp Endorsement which provides extra coverage for a small annual increase, but your best bet is to prevent a problem from happening in the first place by: If you do run into a back-up, here’s what you should do: All in all, what you as a Sonoma County homeowner need to know is: how to prevent a sewage backup, how to identify an imminent problem, where your sewer line is in case of an emergency, where the water shut-off valve is, and who to call when a pipe bursts. Remember, act fast!

What Is The Biggest Threat from Sewer Problems? 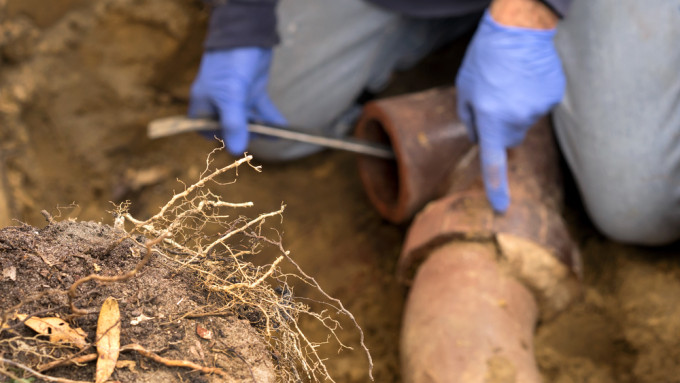 The thought of sewer problems is enough to make any homeowner’s blood run cold. These problems are often extensive, expensive and almost impossible to predict.

Sewer problems occur when something happens to the outflow line that connects your home to the municipal sewer system where you live. When everything is in good working order, wastewater simply leaves your home bound for the treatment plant, and all is well.

However, when something happens to disrupt the wastewater flow, bad things happen. Today we’re going to take a look at the biggest threat to your home from sewer problems.

Blockages in a variety of forms are the main culprit behind sewer line problems. Often, blockages occur from interference, such as tree roots penetrating the sewer line, or from internal issues, like grease and other waste backing up the pipe.

There are, of course, other problems that can cause a sewer line issue. These include breaks, punctures and leaky joints.

If you have a sewer line blockage or break, you will become aware of the problem fairly quickly. Often, sewer line issues present themselves with slowly draining shower and sink drains. This may be accompanied by slight backflow and overflow into basement drains.

Obviously reduced drain speed and backed up drains can lead to flooding issues, particularly if a sewer line problem is overlooked for too long.

The biggest problem with a sewer backup, blockage or break is that sewer problems are not covered under most homeowner’s insurance policies. This means that the cost for repair or replacement and any residual issues from flooding are the homeowner’s responsibility alone.

Additionally, sewer line maintenance is the owner’s responsibility up until the point where the line intersects with the city’s main line. In the event of a sewer line failure, you as a homeowner are entirely responsible for every aspect of repair up to the intersection. This includes the underground area both on your property, and likely underneath the sidewalk and road in front of your house.

Sewer line repairs are very expensive - often running homeowners upward of $10,000 to repair. There is, unfortunately no way to predict when sewer line problems will occur. Additionally, you won’t get the money invested into a repair when you go to sell your home, because a functional sewer line is simply something you just have to have.

Catching problems quickly and being diligent about what items leave the home through your sewer line are the best ways to minimize the likelihood of running into sewer trouble. 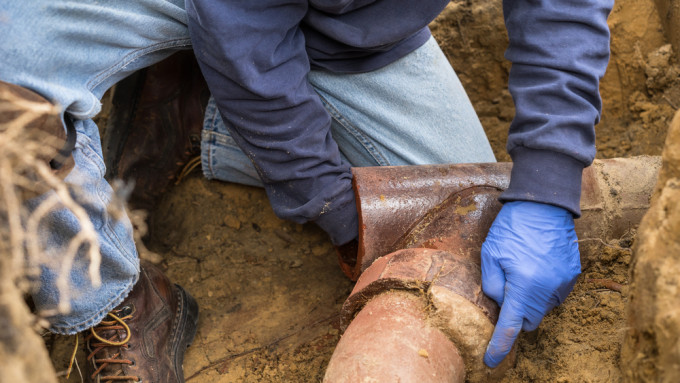 Without a doubt, a properly functioning sewer line is one of the most important and underappreciated parts of a home. When they are working right, we don’t give them a second’s thought. The minute something goes wrong, however? Well, at that point you probably won’t be able to think about anything else. Toilets, showers, dishwashers, sinks -- take those out of commission and you’ve got a serious problem, one that needs to be fixed as soon as possible. So, how can you know if your sewer line is starting to back up? Here are a couple of warning signs you should look out for:

We all get the occasional clogged sink from things like hair, bits of food, toilet paper, whatever. But when you start to get more than one drain that seems clogged at the same time, it means that there is something obstructing your house’s main drain, which is your sewer line, and that clog is stopping everything from getting out. Just like all roads lead to Rome, all drains lead to the same pipe. And if that pipe doesn't drain, you’ve got serious problems.

The action from one sink or appliance should have minimal effect on others. Sure, turning on the sink might make someone take a colder shower, but other than that they are fairly separate. So, if turning on a sink makes your bathtub start to gurgle, sputter, or (worse) back up, then you’ve got water that has no place to go. This goes for anything in your house that uses water: running or flushing one thing shouldn’t cause it to back up somewhere else in the house. When this starts, you’re only one step away from those multiple clogs we just talked about.

When we think of sewers, we naturally think of toilets. So, when your toilets start acting strange, there’s a good chance you’ve got problems with your sewer line. Again, one toilet flushing slowly, bubbling, or gurgling is probably just a localized problem. But when drain cleaners and plunging fail to fix the problem, and it starts to happen in more than one toilet, then you’ve got a serious issue that you need to fix as soon as possible.

We just mentioned bubbles, and for good reason: bubbles and gurgling coming from your sinks, tubs, or toilets is never a good sign. Bubbles form when water tries to get past a clog, trapping air in the process. Keep an eye out to see if the bubbles are happening everywhere in all of your drains. . If so, then you’ve most likely got a problem.

When you start to notice problems like these, it’s important to get it taken care of as soon as possible. What starts out as slow drainage can quickly turn into overflowing toilets, water damage, and horrible smells that can ruin your house. And don’t think you can do this on your own: backed up sewer lines can be caused for many reasons, and they take expert knowledge to diagnose and fix.

It it's too late, and you have a horrible mess to deal with, call a professional restoration and cleanup service like us. 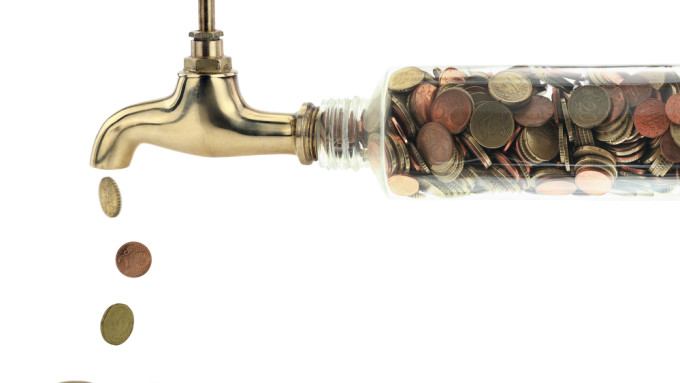 If you can’t truthfully say that you’re a plumber or a professional of a related field, chances are you won’t know about the warning signs involved with having a pipe about to break or fail. It’s important as a homeowner or building manager for you to be able to recognize the signs of an impending sewage spill. Spotting it early can mean saving thousands of dollars, so it’s important to know the big signs.

This is actually perhaps the most telltale sign of a pipe breakage or need for repair. Your water bill gives a factual record of how much water you are using. Bill overages indicate a leak or a burst pipe. Most Pennsylvanians average a water bill around $40 a month, and if you find yourself with a bill $5-10 dollars more expensive in a month, you likely have a problem with one of your pipes.

If you smell a foul odor in your home or building, then you likely have water damage internally that has allowed mold or mildew to form. The water buildup comes from a damaged pipe, and the foul odors from the stagnant water. If you are smelling odors like these and can’t find a source for it in your house, you need to get your system checked ASAP.

Water pressure in your home or building is another great indicator for pipe damage. If there is less flow, how much water is put out, in your sink, shower, etc., there is a leak somewhere in one of your pipes. Water pressure, rather, is how hard the water is pushed out, and variance here indicates an expanded or burst pipe.

Blockages may seem like a normal occurence in your household but they may spell trouble. These blockages can result in more serious damage, particularly if you have old or damaged pipes and the clog proves to be the tougher. If after thorough cleaning, you still experience clogs, you most likely have a broken pipe in your sewage system.

Lastly, if you see damp spots that you know aren’t from a spill, especially on carpet, there’s likely existing damage that could lead to serious problems if not treated.

To learn more about water damage and repair services, visit us at rcscares.com/damagecleanup/ or call us at (707) 570-0555.

5 Dangers of Sewage Problems in Your Home 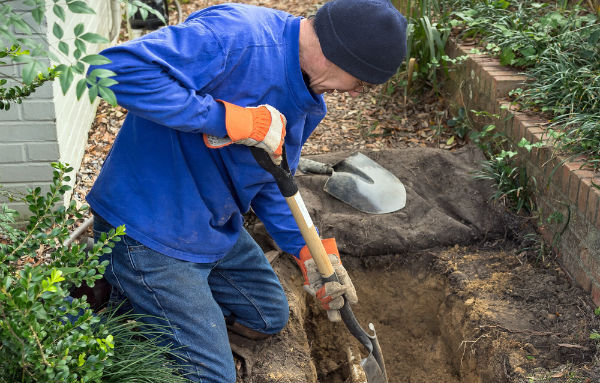 Big leaks and exploding pipes are sadly common plumbing issues for many homeowners. In the winter, water freezes in the pipes and cause holes and damage to the pipes; this is where the plumber comes into play. While leaks and pipe damage can be an annoyance, there are some plumbing issues that can result in mold, declining health and noxious odors.

Experiencing sewage troubles in the home can be quite an overwhelming ordeal that many try to avoid at all costs, but sometimes things happen without any warning. There are many experienced plumbers who can assist with sewage problems. Sewage backups spread illnesses and disease and can lead to fatalities. Here are five dangers of having sewage problems in your home.

1. Spread Bacteria Raw sewage is contaminated with many different types of bacteria. When the sewage backs up inside the house inhabitants are subjected to many more dangerous things than annoying odors. They must contend with germs and bacteria that can be deadly. Sewage backups spread many different bacteria such as E.coli, Hepatitis and salmonella. These diseases carry serious side effects such as diarrhea, eye, nose and throat infections and even liver failure. Signs of bacteria infections include ulcers, stomach pain and vomiting.

4. Parasite Growth Parasites such as cryptosporidium, giardia, roundworm and tapeworm are present in sewage. When sewage backs up inside the home, parasites grow and fester along with bacteria and mold. These parasites feed on the intestinal track of their hosts causing weight loss, fatigue, severe neurological damage, and also seizures.

5. Noxious Gas Methane gas is the largest component of sewer gas; made up of ammonia, hydrogen sulfide, sulfur dioxide and nitrogen oxides. When these gases are released into the air they cause dizziness, nausea, headaches and drowsiness. The inhalation of noxious gas can even be lethal if exposed for a prolong amount of time. Methane gas is also highly explosive, creating a serious danger to residents inside the home. 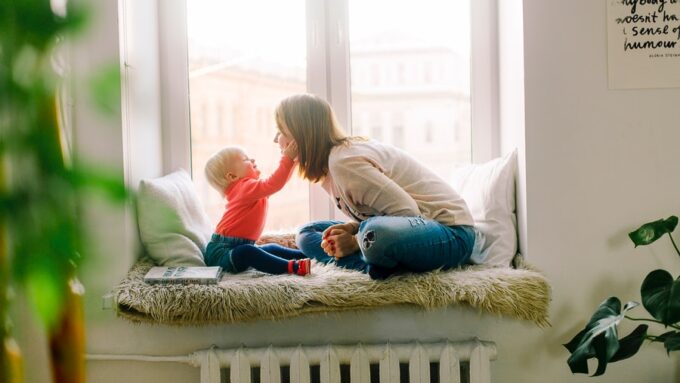 The Importance of Good Air Quality

Wastewater Parasites: What You Need to Know

5 Easy Ways to Prepare Your Crawl Space for Winter

Can Mold Grow in the Winter?

5 Signs You Have a Broken Pipe

The Dangers of Water Damage